The overwhelming majority of drug busts revolving around the underground production and distribution of anabolic steroids involves some pretty unsavory characters, the kinds of folks that are comfortable operating in these black markets and especially those that have a very close relationship with the bodybuilding and fitness community. 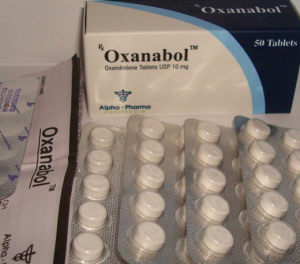 It’s not every day, however, that you see a C suite level executive of a major pharmaceutical company get busted cold for running an underground steroid smuggling operation – but that’s exactly what has happened in the United Kingdom.

On June 28 of 2018, Jacob Sporon-Fiedler – founder and CEO of Alpha Pharma Healthcare – handed in a guilty plea to the charges of conspiracy to import controlled substances (namely anabolic steroids).

Arrested after a significant investigation into the underground steroid smuggling ring, Sporon-Fiedler and five other alleged co-conspirators have all been hauled in as the ringleaders of this operation. Prosecutors claimed that these individuals were responsible for the illegal importation of more than £80 million ($100 million US) of anabolic steroids, operating one of the largest and most sophisticated drug smuggling rings of this variety in the United Kingdom.

So far Sporon-Fiedler has been the only individual to plead guilty for his role in the smuggling ring. Two other publicly identified codefendants are choosing to go the not guilty route, requesting a public trial by jury – a trial that is anticipated to begin in the early part of 2019.

For his part, Sporon-Fiedler deciding to plead guilty makes perfect sense as he was busted cold and arrested at Heathrow Airport on March 26 of 2018 as he was trying to conduct a transfer of the materials he was importing. He had absolutely no idea that he had been under the close watch and careful investigation of the United Kingdom National Crime Agency, and had been the target of their scrutiny for more than four years up until that point time.

Alpha Pharma first came into the crosshairs of the UK National Crime Agency when Border Force agents found suspicious packages that contained well over 630 kg of anabolic steroids and other performance-enhancing drugs that were bound to be shipped to Belfast in early 2014.

These packages were tagged, analyzed, and then allowed to move on to their ultimate destination under the careful watch of the UK National Crime Agency and the Border Force, and this acted as the foundation the rest of the investigation was to be built on top of.

According to investigators and the prosecution, Alpha Pharma continued to import and export anabolic steroids and other performance-enhancing drugs on a regular basis. The company purchased raw materials from all over the United Kingdom and the rest of the European Union, and was even bringing in materials from far-flung locations like India and Asia as well.

Unbelievably, it seems as though the Alpha Pharma operation has continued on without missing a beat. Registered as an independent corporate entity in India, there’s little that the UK can do right now to stop the flood of steroids they are bringing into the United Kingdom as their distribution channels have already been diversified and established.

Prosecutors argue that the arrest of this CEO has done almost nothing to dissuade the operation of Alpha Pharma in the UK, and that the overwhelming majority of customers that have been reached out to after the arrest and bust of this company stated that they had absolutely no idea an investigation or an arrest had even been made.

Sentencing of Sporon-Fiedler will not be passed down until early 2019. Because of the expansiveness of the operation and the fact that it continues on today legal experts anticipate Sporon-Fiedler will face upwards of 14 years in prison. This is a story well worth continuing to monitor.