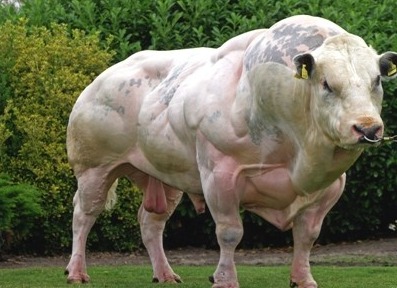 On Steroids and Myostatin …

There’s a really interesting paper out of Auburn University.1 It focuses on the effects of two different anabolic-androgenic steroids (AAS)— testosterone enanthate and trenbolone enanthate— in rodents, with an emphasis on myostatin. Does the word myostatin ring a bell? If it seems vaguely familiar, I’ll try to refresh your memory. Most of us have come across it when viewing pictures of famous Belgian Blue bulls (Google it … they’ll come right up). This is an absolutely massive breed of beef cattle, which have a hereditary mutation involving the myostatin gene. It allows them to develop an excessive (seemingly unchecked) level of muscle growth. These bulls have become, for all intents and purposes, the ambassadors of myostatin in fitness.

As you might have guessed, myostatin is among a very basic group of growth factors involved in the regulation of muscle growth in animals, including humans. The kicker here, however, is that it is an inhibitor of muscle growth. It seems to work directly against the actions of steroids like testosterone and trenbolone when it comes to the muscles. Likewise, these massive bulls could just represent what is possible if we play around with myostatin … inhibit it a little. At least, the story is compelling. Let us not get too distracted, though. Those of us in the AAS research community are simply eager to learn more about the interactions between myostatin and AAS. There have been a few papers to date, usually pointing to some relationship. But presently, many questions remain.

This latest paper tries to help fill in some of the blanks, particularly with the big question: do anabolic steroids inhibit myostatin? The researchers sought to help answer this with an in-depth investigation on both the physical and metabolic effects of testosterone and trenbolone in older rodents. The animals were given the AAS for a month, which is a prolonged period of time in the life of a rodent. As such, the study is considered to be measuring the long-term (as opposed to acute) effects of the drugs. Incidentally, the dose of testosterone used was seven times greater than that of trenbolone (seven milligrams per week versus one milligram, still considerable for these small animals). This was in an effort to level the effects, as trenbolone is known to be considerably more potent an androgen in comparison.

Before we get into their effects on myostatin, let’s review the physical effects of the two steroids. First, both drugs were very strong promoters of muscle anabolism, as expected. The testosterone treatment increased muscle (levator ani) in the animals by 102 percent, and trenbolone by a similar 94 percent. The two steroids also produced similar increases in muscle satellite cell numbers, with measures increasing 181 percent and 178 percent, again with testosterone and trenbolone, respectively. The main physical difference involved prostate mass. This increased significantly (61 percent) in the testosterone group. With trenbolone treatment, however, prostate mass remained unchanged, statistically speaking. This underlines one of the first big differences between the two steroids. Trenbolone doesn’t undergo aromatization, and as a result, may not have the same hypertrophic tendency on prostate volume.

Maybe Those Cows Are On to Something

Now let’s get to the big question. These two strong steroids supported muscle anabolism. What did they do to myostatin? Was it inhibited? No, actually. It wasn’t. In fact, the AAS treatment strongly stimulated the myostatin pathway! Huh? Even though anabolism was significant, myostatin protein levels were elevated at the same time. Both AAS stimulated both anabolic and catabolic pathways at the same time. This is somewhat confusing. The paper can’t answer why, but speculates that it may be linked to the increase in satellite cell density. The myostatin protein is expressed in satellite cells. Anabolic-androgenic steroids trigger their production, which in turn might produce more myostatin. It could be a natural check that prevents us all from turning into metabolically inefficient Blue bulls. The Auburn research team summed up their findings fairly succinctly, as follows.

“… the results of the present study suggest that testosterone and trenbolone downregulate pan SMAD2/3 while paradoxically upregulating myostatin protein levels after 1 month of treatment; the later phenomena may occur to prevent uncontrolled muscle growth….”

The paper, of course, doesn’t offer us a complete understanding of the relationship between AAS and myostatin. But it does offer us a surprising snapshot of the relationship between the two. Until now, the prevailing wisdom (supported by shorter, acute studies) was that AAS inhibited myostatin. Now, we see a potentially flip side to this. While this information is mainly academic, it does underline a fundamental possibility here: that being, the myostatin pathway is indeed quite active (not suppressed) during AAS. As such, it may represent an active counterbalance to growth that could be exploited in the future. Maybe those cows are on to something. The science of myostatin is still in its infancy. But we’ll be sure to keep you posted here at MD’s Anabolic Research Update!

William Llewellyn is the author of the anabolic steroid reference guide, ANABOLICS 10th Edition. He is also a longtime team member at Muscular Development, having been a regular monthly columnist since 2002. William adapted this steroid profile from his work at anabolic.org. He is also credited with helping to develop ROIDTEST™, an at-home steroid testing kit used to identify real and fake steroid products. 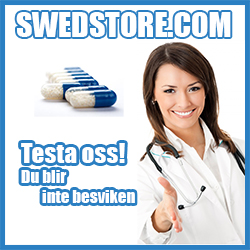 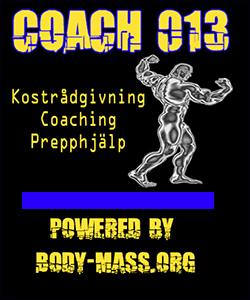